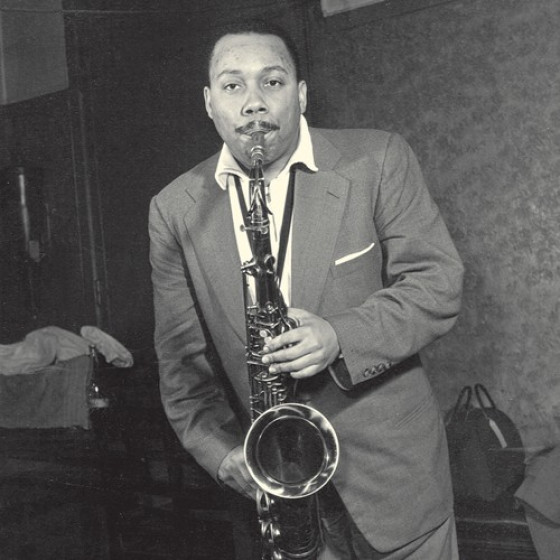 Lucky Thompson was an innovative jazz saxophonist and bandleader whose playing served as a bridge between swing and bebop. He began his career in the early 1940s playing tenor sax in the big bands of Lionel Hampton, the Billy Eckstine, and Count Basie and went on to play with jazz legends such as Louis Armstrong, Dizzy Gillespie, Miles Davis, Thelonious Monk and Milt Jackson. Thompson also led and recorded with his own groups. Throughout his career he was concerned and frustrated with the mistreatment of jazz musicians which led him to leave the music industry in the late 1960s. He taught as Dartmouth for a few years in the early 1970s but finally chose to retire from music completely. Thompson was discovered living on the streets of Seattle in the early 1990s and moved into a nursing home. He died in 2005 from Alzheimer's disease.

Thompson's nickname, Lucky, comes from a jersey, given him by his father, with the word "lucky" on it. Lucky Thompson was known as a perfectionist and rarely was satisfied with his performances. Thompson began soloing on the soprano saxophone in the late 1950s.

Eli "Lucky"Thompson was born in South Carolina in 1924 and grew up in Detroit. His mother died when he was 5 years old and Thompson spent much of his time raising his siblings. He was always interested in music and although the family couldn't afford an instrument Thompson bought a saxophone instruction book and taught himself to read music while practicing saxophone fingerings on a broomstick. Legend says that a saxophone was accidentally delivered to his home along with some furniture, but in any case he did manage to obtain a horn and joined Erskine Hawkins' band in 1942.