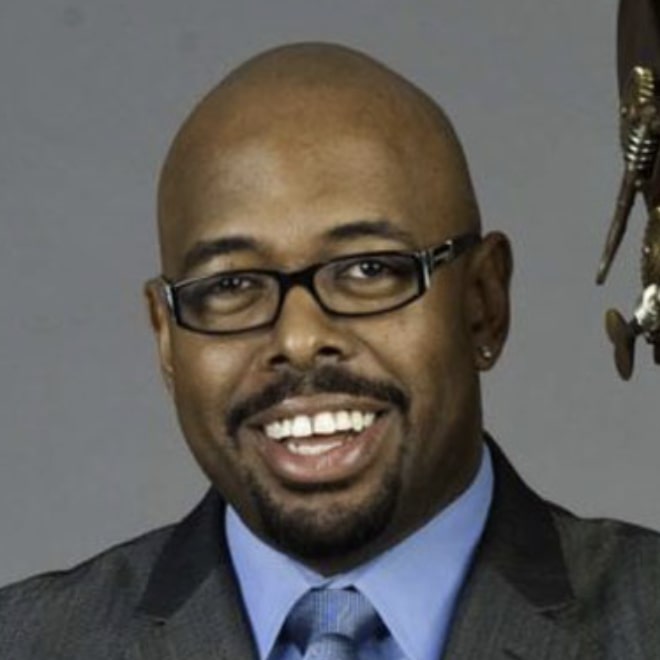 Christian McBride is a six-time Grammy Award winning bassist and composer. He has appeared on over 300 recordings working with everyone from jazz artists like Freddie Hubbard and Roy Hargrove to pop and and hip-hop icons such as Sting and Queen Latifah. McBride has also recorded over 15 albums as band leader. He is a well known radio personality, hosting jazz shows on Sirius and NPR.

Christian McBride has served as the artistic director for the Newport Jazz Festival and the National Jazz Museum in Harlem. His composition "The Movement, Revisited," is a suite dedicated to 4 major figures of the civil rights movement: Rosa Parks, Malcolm X, Muhammad Ali and Dr. Martin Luther King, Jr. McBride is married to jazz singer Melissa Walker who sings on his Grammy winning album, The Good Feeling.

Christian McBride was born and raised in Philadelphia. His mother was a school teacher and his father was a bassist who played with R&B groups. McBride began playing the electric bass around age 8 and started playing the double bass in his teens. By age 16 he was gigging regularly around Philadelphia. In 1989 he moved to New York to attend the Juilliard School but left after one year to go on the road with Bobby Watson.