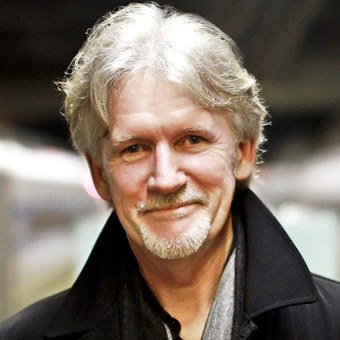 Alan Broadbent is a Grammy-winning jazz pianist, composer and arranger. He worked as a sideman for Chet Baker, Irene Kral and was an in-demand studio musician throughout the 1970s and 80s. He recorded several albums as bandleader and served as Natalie Cole's pianist and arranger before joining Charlie Haden's Quartet West. Broadbent is also a sought after arranger and conductor working with superstars such as Diana Krall, Paul McCartney and Michael Buble.

To get to Berklee College in Boston from New Zealand Broadbent took a 32 day journey on an ocean liner. In 1997 he won a Grammy for his arrangement of Natalie Cole's "When I Fall in Love." In 2008 Broadbent was appointed a Member of the New Zealand Order of Merit, for services to jazz.

Alan Broadbent was born in Auckland, New Zealand in 1947. He began playing the piano as a child and developed an interest in jazz during his teens. At age 19 he was awarded a Downbeat Magazine scholarship to attend the Berklee College of Music in Boston. After graduation he joined the Woody Herman Orchestra, playing piano and providing arrangements for 3 years. In 1972 he settled in Los Angeles.