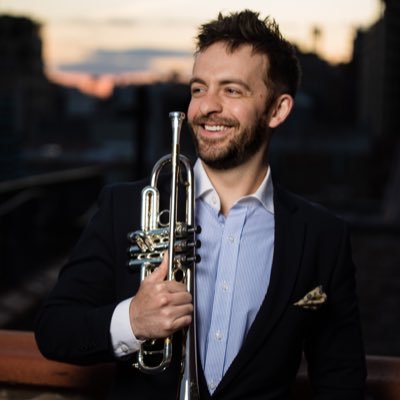 Benny Benack III is a New York based jazz trumpeter, vocalist and composer. Noted for his throwback style, he is often compared to Frank Sinatra and Harry Connick Jr. Benack is currently the front man for Post-Modern Jukebox, a group that performs old school covers of modern pop songs. Additionally, he has released two well reviewed albums that highlight his vocals, trumpet work and include several original compositions. Benack has performed with a variety of jazz artists including Christian McBride, Ulysses Owens Jr. and Veronica Swift.

Benny Benack III was a finalist in the 2014 Thelonious Monk International Jazz Trumpet Competition and the winner of the 2011 Carmine Caruso International Trumpet Competition. When Benack first moved to New York he decided not to market himself as a singer because he wanted to be taken seriously as a trumpeter. Benack hopes to one day have his own late night talk show where he will both host and lead the band

Benny Benack III was born and raised in Pittsburgh and is a third generation jazz musician. His grandfather and father (both also named Benny) played trumpet and saxophone, respectively. His mother is a vocalist and instructor at Carnegie Mellon University. Benack began playing the piano at age 5 and picked up the trumpet a few years later. He quickly knew that music and performing was his calling. As a teenager he began playing professionally around Pittsburgh. Benack moved to New York to attend the Manhattan School of Music where he earned both undergraduate and masters degrees. 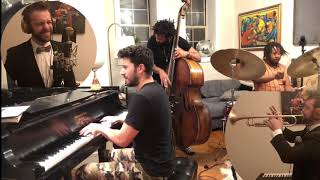