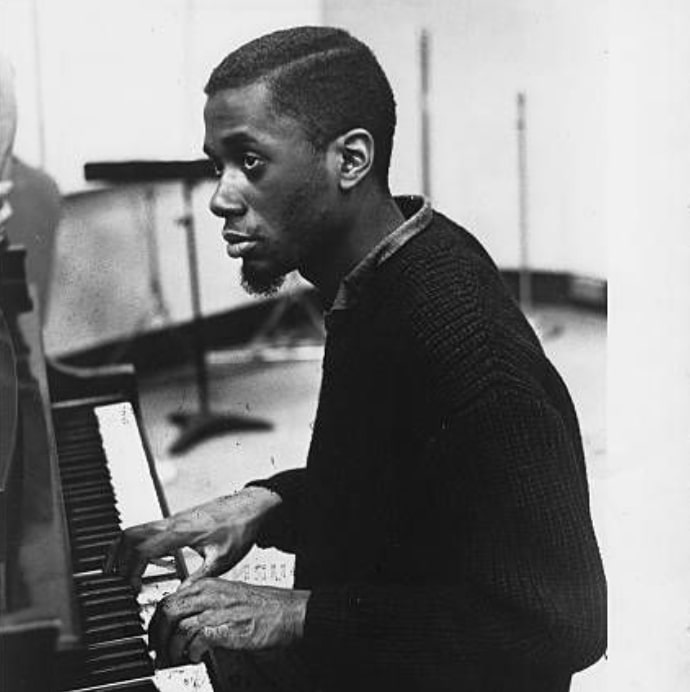 Bobby Timmons was a jazz pianist and composer known for his gospel and funk inspired playing. Timmons began his career performing with artists such as Kenny Dorham, Chet Baker, and Sonny Stitt. He did several stints with Art Blakey's Jazz Messengers and was a key component of Cannonball Adderly's Quintet. Timmons late-1950s compositions "Moanin'" and "This Here" have become jazz classics. During the 1960s he led a trio and recorded multiple albums, but struggled with drug abuse. Bobby Timmons died in 1974 at the age of 38 from cirrhosis.

Bobby Timmons was taught piano by his uncle who also taught McCoy Tyner. In the mid 1960s, Timmons began playing the vibraphone. Timmons was noted for being a snazzy dresser and wearing chukkah-boots.

Bobby Timmons was born in 1935 in Philadelphia and grew up in a neighborhood full of budding jazz musicians including Jimmy Heath and Lee Morgan. Timmons began studying piano at age 6 and played the organ in his grandfather's church. After graduating from high school, Timmons was awarded a scholarship to the Philadelphia Musical Academy. In 1954 he moved to New York to pursue a career in music.