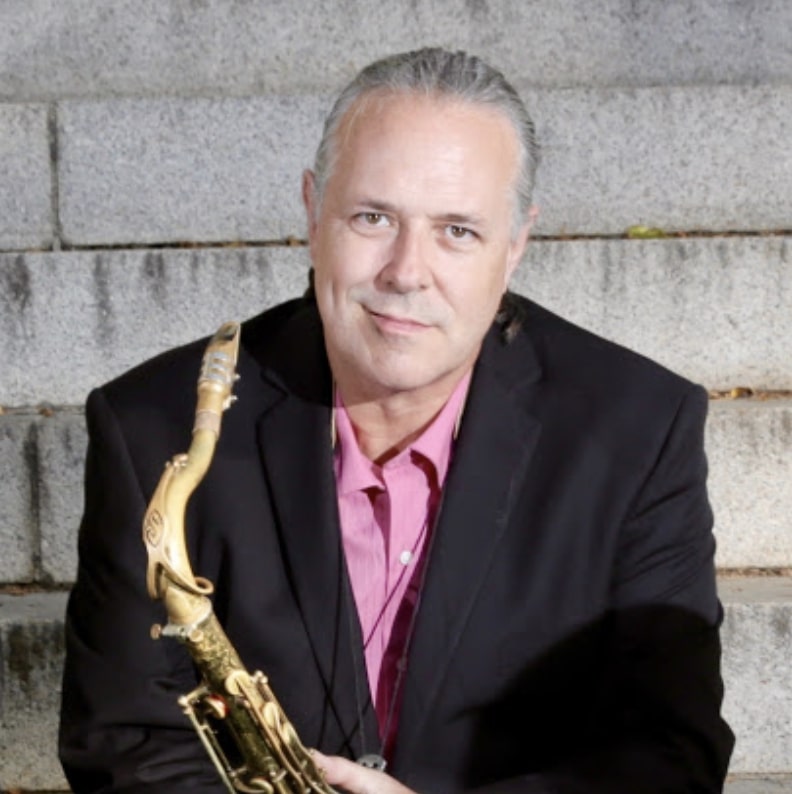 Doug Webb is a Los Angeles based saxophonist and woodwind player. He joined Freddie Hubbard's band while in his 20s and went on to play with Horace Silver, Stanley Clarke, Sal Marquez and many other notable talents. He appears on over 150 jazz recordings including 20 as leader or co-leader. Webb can also be heard on hundreds of TV and movie soundtracks including The Family Guy, Gran Torino and Million Dollar Baby.

Doug Webb plays the saxophone solo on the title theme to Law & Order. He played for fifteen years with the Doc Severinsen Tonight Show Big Band. Webb released his first album as sole leader at age 47 and then proceeded to release approximately one album per year.

Doug Webb was born in Chicago and moved to California at age 3. He started playing the clarinet at age 8 and added the saxophone and flute at age 15. When he was 13 he had his first paying gig and knew he wanted to pursue music as a career. Webb graduated from high school in Huntington Beach and then went on to study music at the Berklee College of Music. After completing his Bachelors degree he returned to Los Angeles.