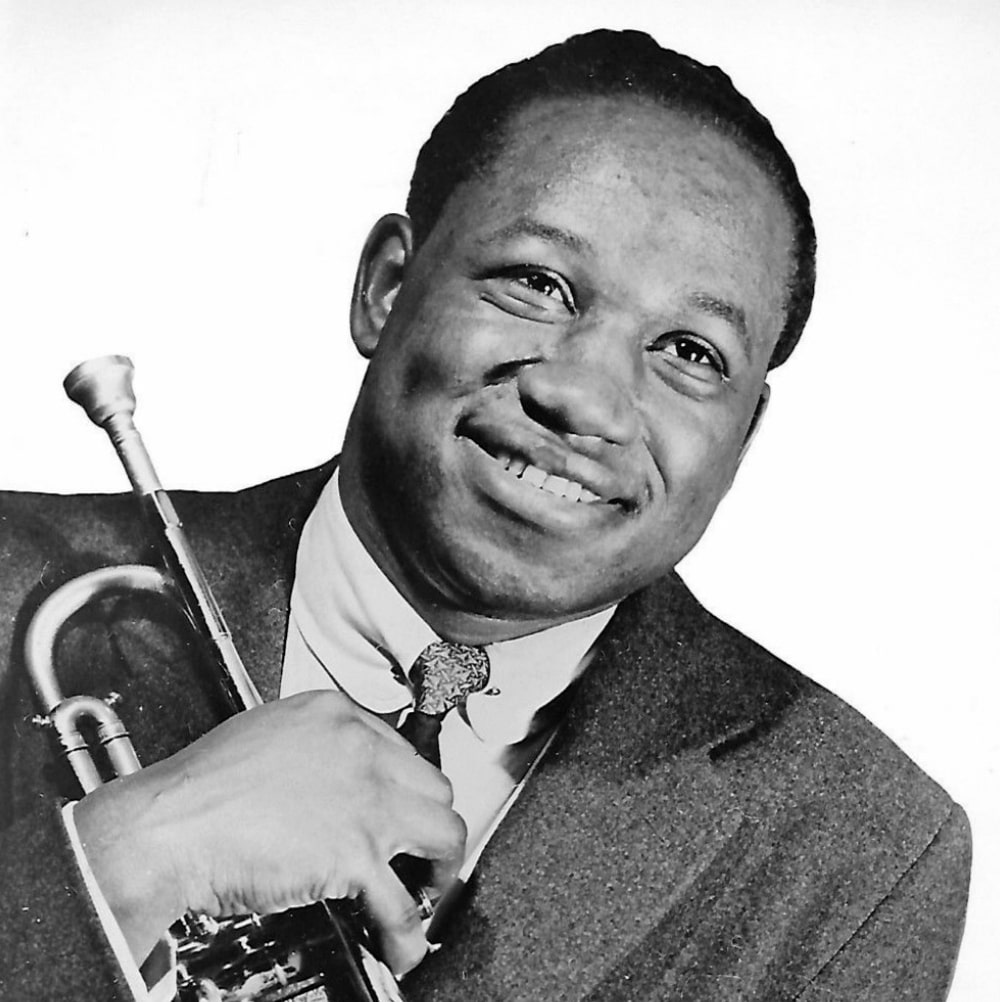 One of the great jazz tragedies, Clifford Brown was killed in a car accident at age 25. Despite his brief career, he is regularly identified as one of the top jazz trumpeters, mentioned in the same breath as Miles Davis and Dizzy Gillespie. He is remembered for his warm tone, and his mature approach to improvising as well as the strength of his compositions. In 1953 Brown played in the Tadd Dameron and Lionel Hampton bands. In 1954 he recorded with Art Blakey's quintet and then, with Max Roach, formed the legendary Clifford Brown-Max Roach Quintet. He played with the group until his death in 1956.

Clifford Brown was a proponent of clean living and avoided drugs and alcohol. After Brown's death, Benny Golson composed "I Remember Clifford," as a tribute; it has become a jazz standard. The only film of Brown playing was recorded in 1955 as part of a Soupy Sales variety show, but the footage was lost for 40 years before finally being recovered.

Clifford Brown was born and raised in Wilmington, Delaware. As a child he sang in a quartet with his brothers and he picked up the trumpet as a young teen. He played in school bands and began making trips to play in Philadelphia during his high school years. Brown enrolled in Delaware State University as a math major, but quickly transferred to Maryland State to play in the school's jazz band. He was in a serious car accident in 1950 which put him out of commission for a full year. By 1952 he was back on the scene and made his first professional recording with Chris Powell's R&B group.