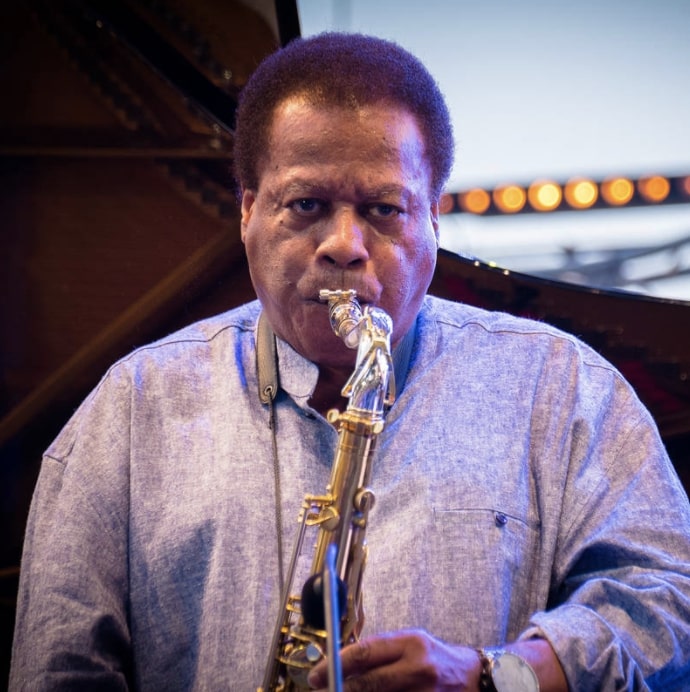 Wayne Shorter is a Grammy winning jazz saxophonist and composer. With a career spanning over 50 years he is one of the most influential musicians in the genre. Shorter rose to prominence as the tenor saxophonist and eventually musical director of Art Blakey's Jazz Messengers. In the 1960s he joined Miles Davis' Second Great Quintet where he was a prolific composer contributing tunes such as "E.S.P" and "Footprints." In 1970 he left Davis to co-found the ground breaking jazz-rock fusion group The Weather Report. Shorter played with The Weather Report until the mid-1980s and continued working on both solo and group projects throughout the 1990s. In 2000 he formed the Wayne Shorter Quartet and continued to perform with them until health issues forced him to stop.

Wayne Shorter was born in New Jersey in 1933. He began playing the clarinet at age 16 but switched to the tenor saxophone before starting classes at NYU. He graduated from NYU with a degree in music in 1956 and briefly played with Horace Silver before being drafted into the army. Following his service Shorter played with Maynard Ferguson's band before joining Art Blakey's Jazz Messengers in 1959.